My friend Melissa Barker-Simpson sponsors a weekly writing contest called “Mel’s Midweek Writing Menagerie.” Each week on a Thursday, she posts a new prompt, and contributions will are shared via Featured Fiction. Check out her personal blog to get all the rules.

Here are the options for this week:

“What the hell do you expect me to do with that?”

This sentence can appear anywhere in the story. The maximum word count is 1,000 words. The genre can be any of your choosing; either factual or fiction based. You may use art to interpret the sentence, or poetry if you wish.

Write a scene with one of your favourite characters from film or television.

I decided that I am going to choose Option 1 and continue on with the story of Rawmall, the half-breed elf. Here is The Elk Killer, Part One if you would like to catch up.
I am learning to be a “pantser,” and letting the words flow…

Rawmall continued his way through the forest walking in an easterly direction, cautiously looking for any telltale signs of the elf killer. Whoever had killed the blue haired elf was brutal. The killer had left the body to rot and decay where the elf had been slain.

Rawmall shook his head in disbelief. The Elves of Timmoral Forest had a code. They always buried their dead, even their enemies. No elf would have killed another in this manner, he thought as he trudged through a dense copse of trees. Decomposed leaves made a carpet beneath his feet. He pushed his way through an almost impenetrable thicket of bushes with leaf tendrils that curled as they pulled at his arms.

Through the leafy canopy above, Rawmall could see black clouds building against the dusky blue sky. A noticeable greyness descended upon the forest. The wind blew from the north and white lightning sliced through the sky.

In a hurry to beat the weather and to get to the edge of the forest and the elven community of Morr, Rawmall began to run. He positioned his quiver and bow over his shoulder tying the deer skin laces to keep his equipment from falling off his body. He kept up the steady rhythm of his running feet, breathing to conserve energy as his long blond hair streamed out after him.

The velocity of the wind continued to increase pushing against the elf making his trek more difficult with each gust. Determined, Rawmall ran faster, his feet so swift they barely touched the ground. Thunder rumbled and fat drops of rain began to fall slowing his pace. He smelled the smoke from the Village of Morr before he saw it.

Or, what was left of it. The village was a shell of burned out homes. Acrid smoke rose in dark smudges blown about by the mighty wind. Rawmall walked amongst the burned out shells of the elven homes looking for bodies. There were no bodies anywhere in the ruins. From what he could tell the flash point of where the fire began was at the town center, on the village green. A peculiar smell lingered in the air and he could not place its source.

Fifty elves, men, women, and children lived in this small community. Where could they have gone, thought Rawmall? He ran the perimeter of the village noticing that the fire stopped at the edge of the forest. It had not set any of the trees on fire around the boundary of the village. The outside limits were scorch free.

Rawmall noticed that one of the homes had less damage than the rest. He gingerly walked through the scorched earth into what was left of the elven home. A thick oaken table had been turned over in the middle of the room. To the right of the table were the remains of a cooking fire where a great cauldron was suspended, bubbling and hissing over hot coals untouched by the fire that had devastated the village.

Rawmall remembered what the strange smell was once he peered inside the boiling cauldron. There bobbing up and down was the head of a human! Short, closely cropped dark hair clung to the scalded skin. The eye sockets were bare as loose flesh boiled away from the skull leaving thick fat floating on the surface of the boiling liquid. The smell was unforgettable.

“This is black magic! What the hell do you expect me to do with that?” Rawmall said loudly, startled by the sound of his own voice, and the contents bubbling in the cauldron.

“Whatever you want to do with it,” said the voice of a woman in a cunning whisper.

Surprised, Rawmall spun around grabbing his bow, all the while fixing an arrow in place ready to shoot in the direction of the voice. There in front of him stood the small figure of a human woman wearing a long black dress and cape. She shook her long dark hair at him in defiance as she stood waiting for the arrow to find its mark. Her ruby lips curved into a sneer of hatred.

“I suppose you want to know what I did with your elven friends,” said the woman slowly licking her voluptuous lips as she stared at Rawmall. 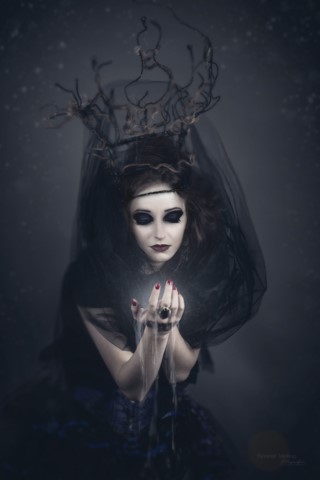 “That would be nice to know,” growled Rawmall furious with himself that this evil wench had found him again.

“I bewitched them,” she said watching Rawmall’s fury mount even further. “This is the human that killed the elf in the forest. I bewitched the elves and hid them before he got to the village to do any more damage. They are all safe. The damn fool burned the village. When he was done, I took care of the human,” said the dark-haired woman striding across the floor toward Rawmall.

“In fact, the way I see it, you now owe me,” she said placing her hands on her hips staring at him through hooded eyes.

“I owe you nothing,” snarled Rawmall. “Free my friends, then we’ll talk. I do not associate with witches, so make it quick!”

Clearly irritated by Rawmall’s words, the woman’s eyes began to glow a deep emerald-green and a thick noxious fog filled the room. Hours later Rawmall woke up on the floor of the elven hut. The woman was gone.

Thanks for stopping by, 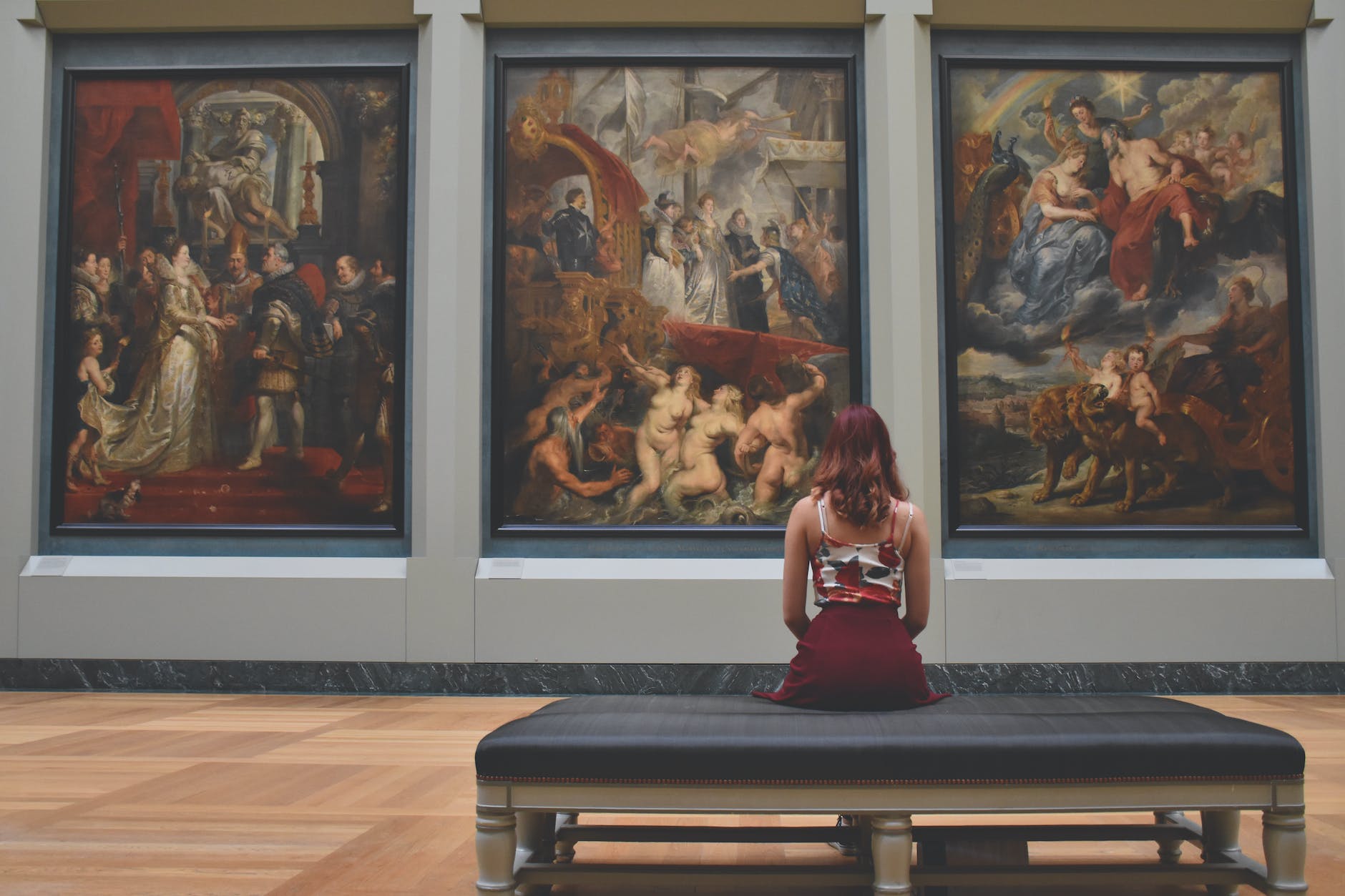