Respond by November 14, 2017, to be included in the compilation (published November 15). Rules are here. All writers are welcome!

The sun slipped behind the mesa. Nanjo Castille dropped to the ground, thankful for the shade. His travels from Mexico to Arizona had kept him on the run from U.S. Border Agents and the Federales. Yet, real freedom was worth the risks. Selling knock-off designer purses on the streets of Tijuana had been his downfall. If he could make it to California, he was home free.

In the coolness, Nanjo slept; never hearing the agent creep up on him. When he awoke, he was handcuffed. From the window of the truck, he watched his chance at freedom evaporate. 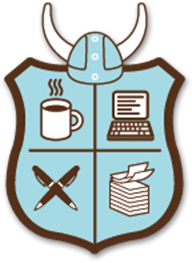 My first week of NaNoWritMo has been productive and exhausting. Yet, I find it oddly exhilarating, too – again, mostly exhausting! There is a sense of freedom that comes to writing daily. The fairy nymphs have given me much to write about. ❤

Today, I find myself planning where I want to go next. I could barely write my flash challenge above. LOL! I am more of a pantser than a plotter (newly revealed to me as of late), so it is always an adventure. However, today I must forge ahead and figure out where I’m going. ❤

Happy Veteran’s Day & Thanks for stopping by! ❤